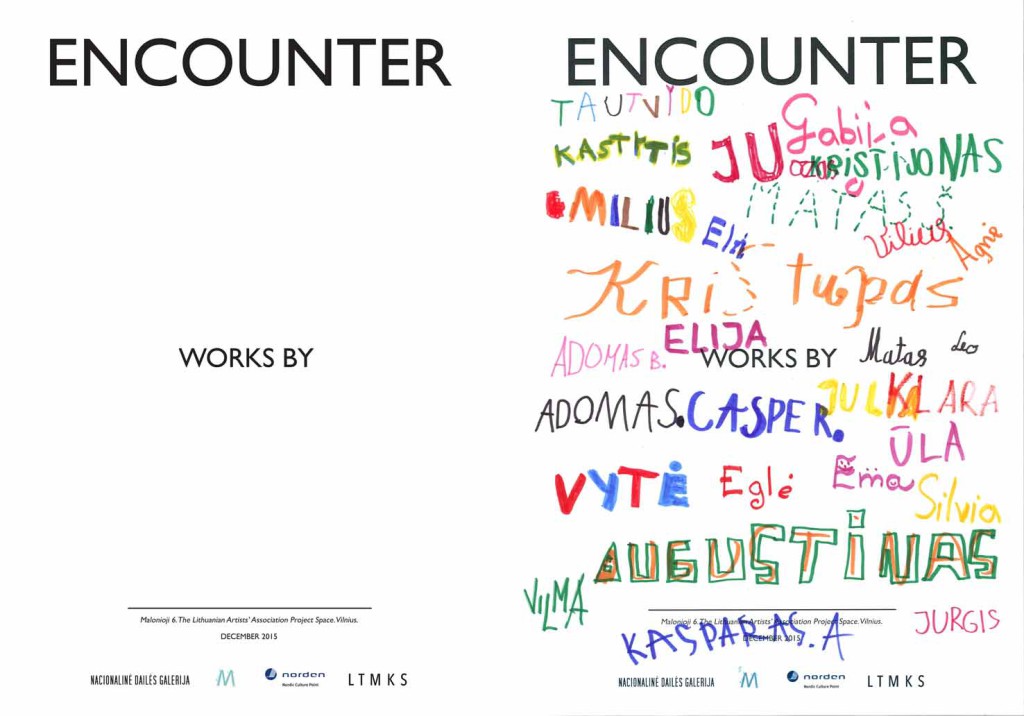 Installation of Lithuanian Interdisciplinary Artists’ Association project space “Malonioji 6” on the 30th, 1st and 2nd of December at 2:30-5 p.m.
Opening of the show and winter party on 5th of December at 5 p.m.

ENCOUNTER challenges the routine perception that there is a boundary between an artist studio, an exhibition space, and education. This project is an enquiry into ways of interaction and participation. ENCOUNTER joins modes of practices, connecting workshops with the exhibition space. Working together with children at The National Gallery,of Art we look into the subject matter of landscape and memory, being inspired by Algimantas Kunčius photographs. All created objects from the workshops form the starting point for a group show, which will be assembled in the course of the week. Thus, Malonioji 6 transforms into a live environment, where objects and ideas interact, collide and develop.

Der Mensch spielt nur, wo er in voller Bedeutung des Wortes Mensch ist, und er ist nur da ganz Mensch, wo er spielt. – meaning: A human only plays where he is a human being within the entire meaning of the word, and he is only completely human when he plays.

Neoliberal thinking has had its influences on education, culture, and art institutions where growth, ranking systems, exclusivity and investment function tend to function as criteria for success. In current times, ENCOUNTER invites to think about different ways of interacting, encountering knowledge, and of having a critical presence.

Frauke Materlik – as an artist and landscape architect is interested in the perception, visualization and transformation of space. She was twice a resident in Nida Art Colony of Vilnius Academy of Arts. In her artistic practice, she combines photography, multi-part installations and narratives. Researching urban, rural and social landscapes and infrastructures, their overlaps and boundaries, her projects revolve around the fragility of life, the search for the location that promises home, shelter and housing, and the eternal question whereto? Her concepts translate into photographic series, light boxes, large-scale constructions in wood or fabric, and performative interventions.

This group show is based on her the workshops with children at National Gallery of Art.

Emilija Stepšytė (E): First of all, can you tell me about the context of “Encounter”?
Frauke Materlik (F): The context? I can tell you how I got the idea. Chronologically speaking, it started when I made a little workshop while I was staying in Nida and there was a small local art school and they had a mixed group of children, from the youngest – seven, and the oldest I think, sixteen. And at that time I was reading all these theoretical books on perception of space and how a personal memory is always connected to the space. So I thought: okay, if I still want to work with art production and spatial issues, and I’m also trained as a landscape architect, then I have a large spectrum to relate to, but how can I add anything new to it? Or who can add more to it? And this is where it all started. For me it is interesting to see if it is possible to mix different ways of practice, and how education can become part of the artistic practice, and that things shouldn’t be so much divided and put into individual drawers that either you are a teacher or an artist. You have to break up these distinctions all the time.

E: So in this workshop when you work with children – do you see it as a dynamic collaboration or do you see yourself as an educator?
F:I don’t see it within such hierarchy, because I see it as an invitation for the children to participate. They could have said, for example, “I’d rather want to take my work home with me, I don’t want to show it”, but they all wanted to show it. Generally, I find this word ‘participation’ or ‘collaboration’ difficult, because when I suddenly find myself in the participation moment, I am often not sure if I want to participate. But then again I also think if you don’t consider a moment of participation in your artistic practice then it almost sounds as if you you don’t include people, it even sounds as if you exclude them. I find it very difficult. The children have been teaching me, too. So I’d rather like to say that I invite and facilitate.

E: And in your workshops in National Gallery of Art you were creating the conditions for bringing out individual experience. It seems that in this exhibition as much as in previous works you are analyzing spatial problems and also exploring the subject of memory. How do you connect these aspects? Are you connecting them at all?
F: I would say these are starting points to open up the engagement within a practice, but it doesn’t need to be visible in the works, you know, it’s not about the story telling from A to Z. It is about making the mind travel more, and to think of your position within your surroundings, and to think of what you like and what you dislike. I always keep asking myself, how to address situations and observations. But it doesn’t need to be a physical resolve as such.

E: I saw you where collecting children’s ideas and placing them into space, and it seemed that the space and memory, those subjects collided. Fragmented. Like the object broke through the space of the gallery. When you are putting the objects together they are not becoming one story. The stories you get from the children are the moments in life and they are the fragments of their story.
F: Yes, I agree. Thank you. I think that describes it very well. It is always just a glimpse, or just a bit, or just one second and then it is something else.

E: Talking about those fragments. When you are exposed to the stories, what concerns you? What is your critical condition?
F: I find it important to create an enjoyable atmosphere. It shouldn’t be that children feel pressured to do something they don’t like. I guess it is very much about creating a moment when everyone can open up their individual interest. As for instance when I am asked to deliver a text or something that has a precise question to be answered and needs to fit in a specific frame, I find it quite limiting. And this is a workshop about art practices and not finding just one answer to one question. So I aim to facilitate in such way that every child has this moment to find an individual way of developing an idea and expressing it. ‘Encounter’ is also about working with and across languages, so that people who don’t come from the art world, such as the children, can get an understanding of what this is about.

E: Do you connect your way of thinking to the way children were thinking?
F: I gave them examples to start with, because I have the impression that some of these children – even though they are still quite small – have already forgotten how to think by themselves. Maybe because they are used to get one question and then come up with an answer that resembles somebody else’s answer. So it seems that the older the children, the more difficult it is to get them to think individually. So I worked on being strict on asking everybody for ideally their own way of thinking and working, and not encouraging copying someone else. But I mean if they didn’t want to, it’s fine too.

E: You are taking these ideas and placing them in the space like a curator. Would you say in this exhibition you are taking the part of the curator?
F: I find that there appears a very strict distinction between who can do what. Also referring to what kind of education you have got, as if only then you are being qualified or accepted to actually do something. When I look at some artists’ CVs, for example, they would often write who they exhibit with and who the curator is, because it gives a certain status. It has been like this for many many years, of course, but I find these ranking systems not all very convincing. It is just an example – I went to an artist talk, some time ago, it does not matter where it was, it does not matter who was talking either, but the curator presented this artist saying “this artist is showing everywhere”. And for me I could not quite follow this argument or this judgment, because it does not say anything about the quality of the work. You can compare it with McDonald’s: you have McDonald’s on every corner, but it doesn’t mean the food is good. And I find it a bit sad that it happens in the art world as well because I’d rather expect the artist would be presented by his or her subject matter rather than by where this artist has been showing. So in the context of ‘Encounter’, I don’t show any of my own works. I have not been the artist, but I had many different roles, mixing the roles: I’ve been a facilitator, an artist assistant, an organizer, a curator, and I’ve been involved in advertising the show, too. You could say that I have performed exhibition making.

E: As you said the hierarchy is quite ridiculous.
F: Or I just don’t see the necessity of it really. I think that is also what triggered me to make this group show and to ask the children to include all their names and to say they exhibited together, because a lot of it is what the art world is about – exhibitions, who is showing where and with whom. And then I am very very happy to make this link between the National Gallery of Art and the project space “Malonioji 6”. So it is not just about working with the children, but it is also about making the institutions meet. There is so much competition that, for example, when artists apply for funding they would not tell their colleagues where they applied, to make sure that less people applied. And I’m very worried about this competition and ranking. I think it is more important to be working together and to see what happens. It sound very naive, I know, but why not just start somewhere, right in the middle.*

*Comment: My last sentence “to start somewhere in the middle” is referring to a recent talk by writer and curator Irit Rogoff on September 28th in Bergen, where she presented parts of her upcoming essay ‘Starting in the Middle, NGOs and Emergent Forms For Cultural Institutions’. This wording had somehow stuck to my mind and I used it without even being aware of the connection at first. 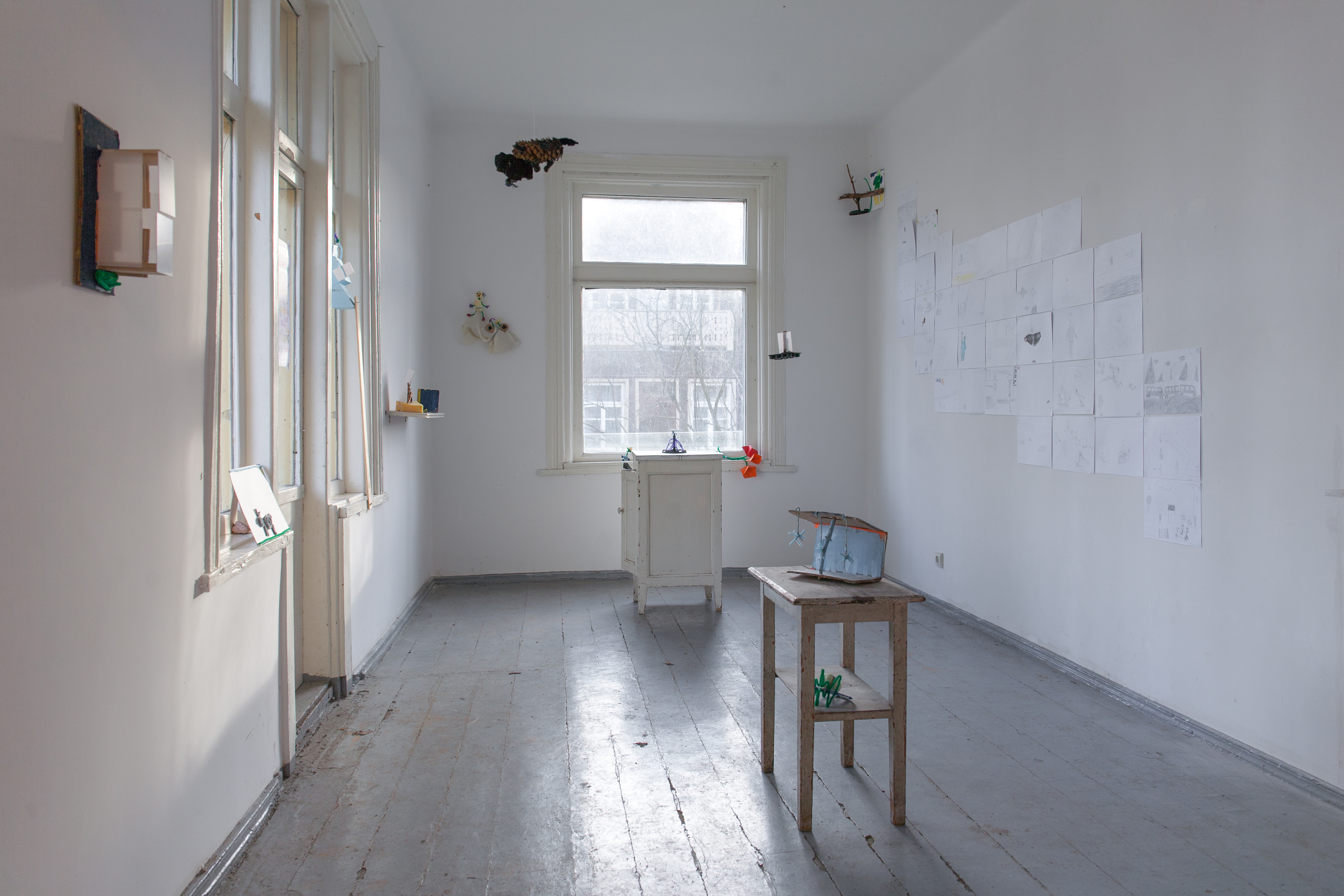 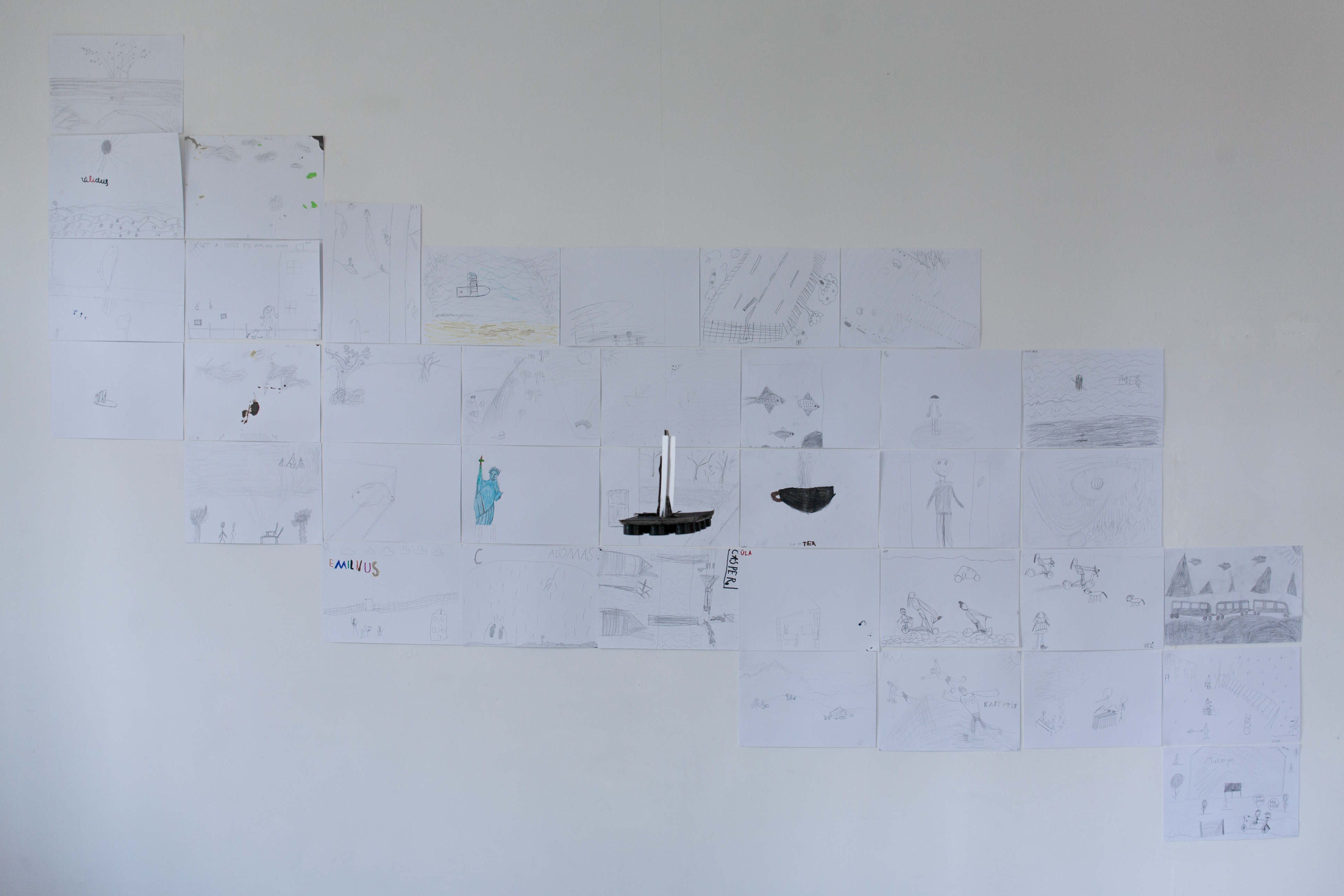 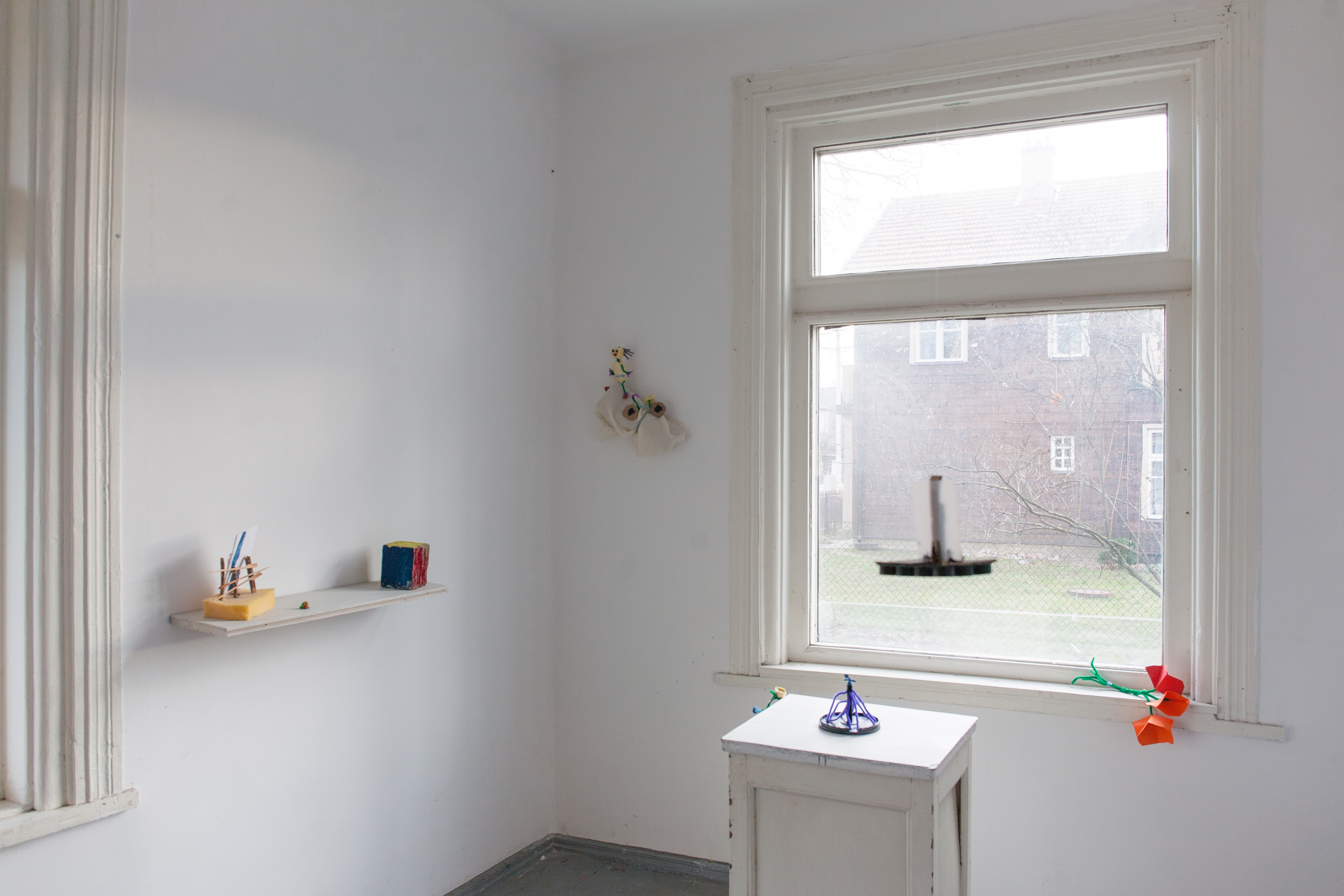 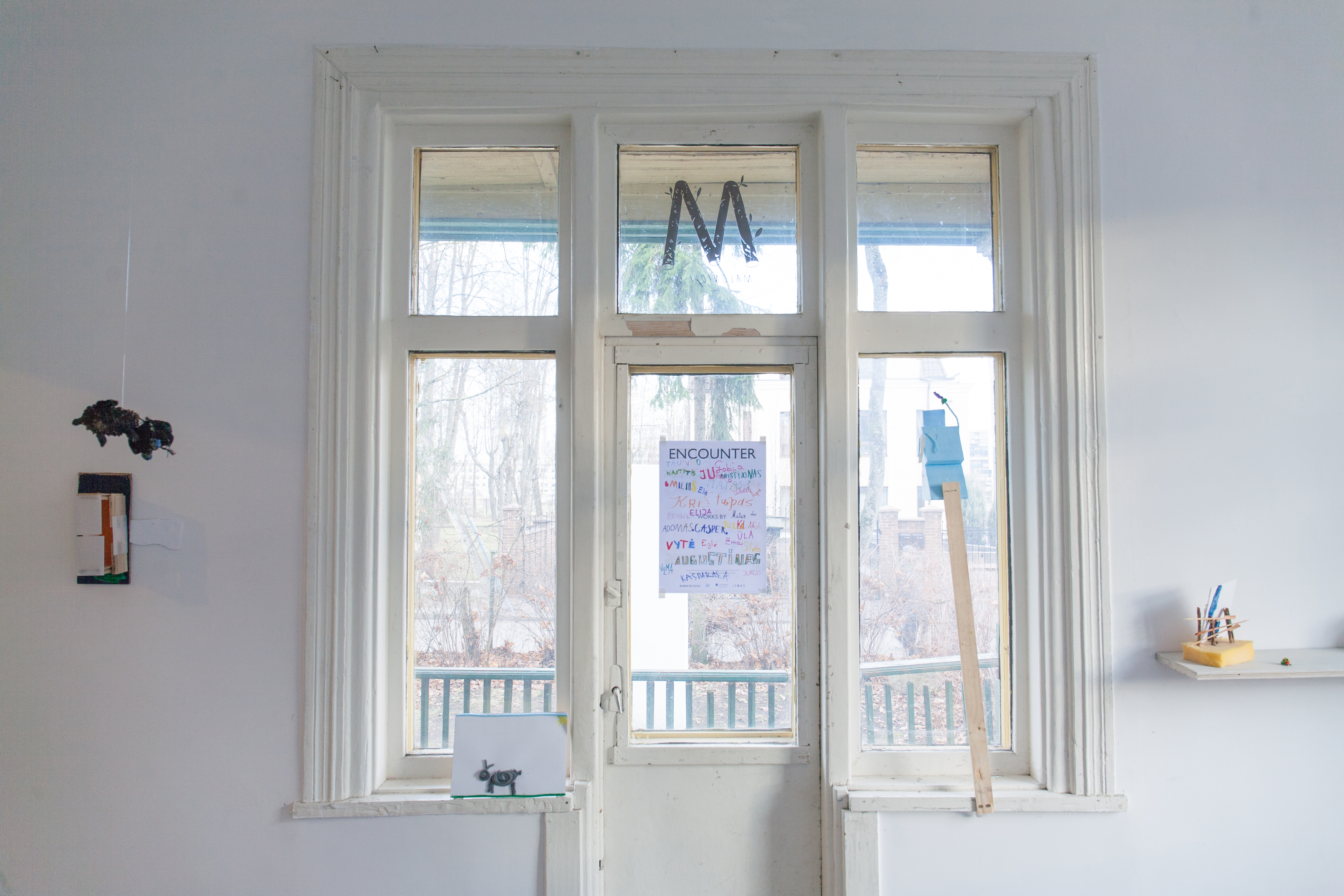 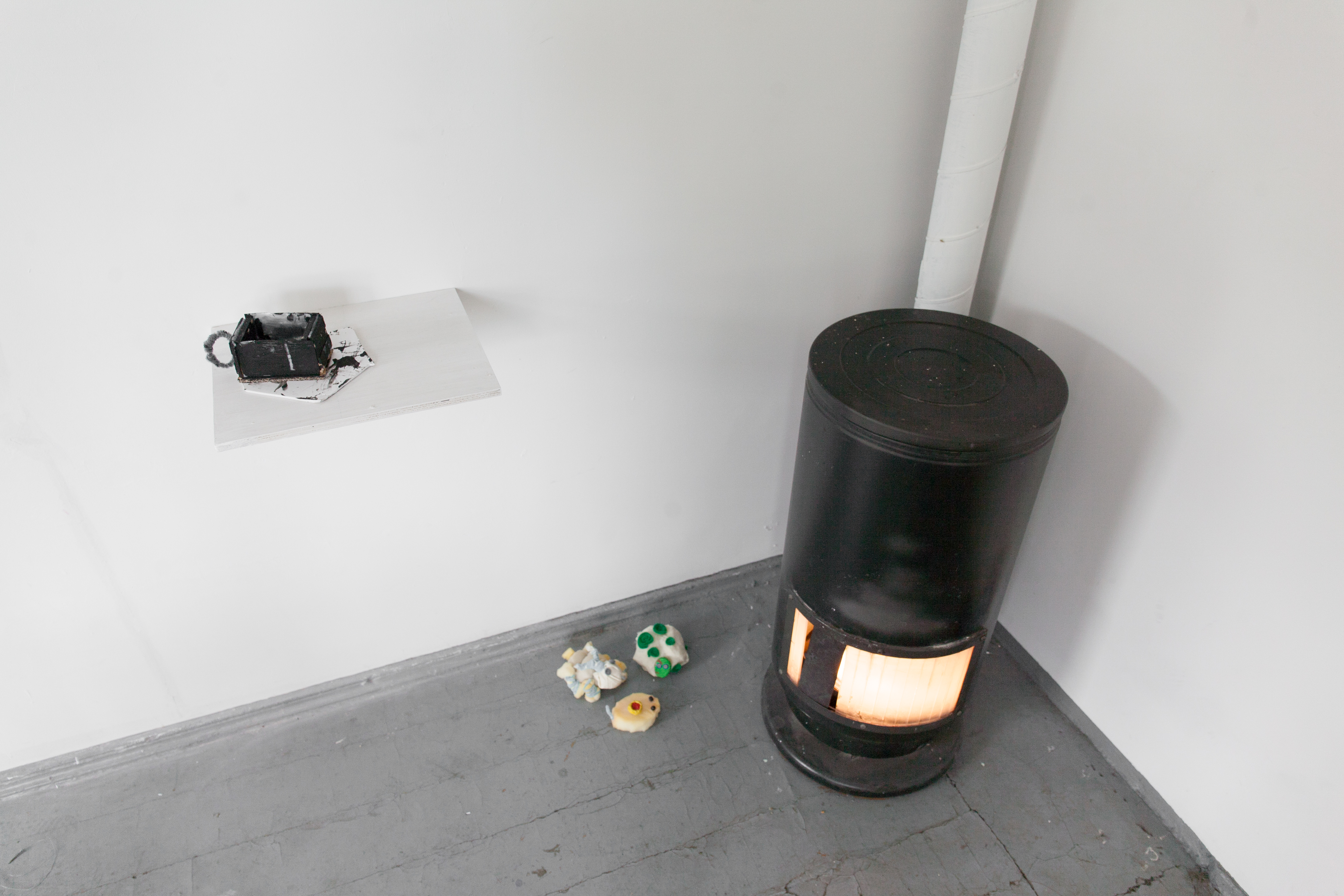 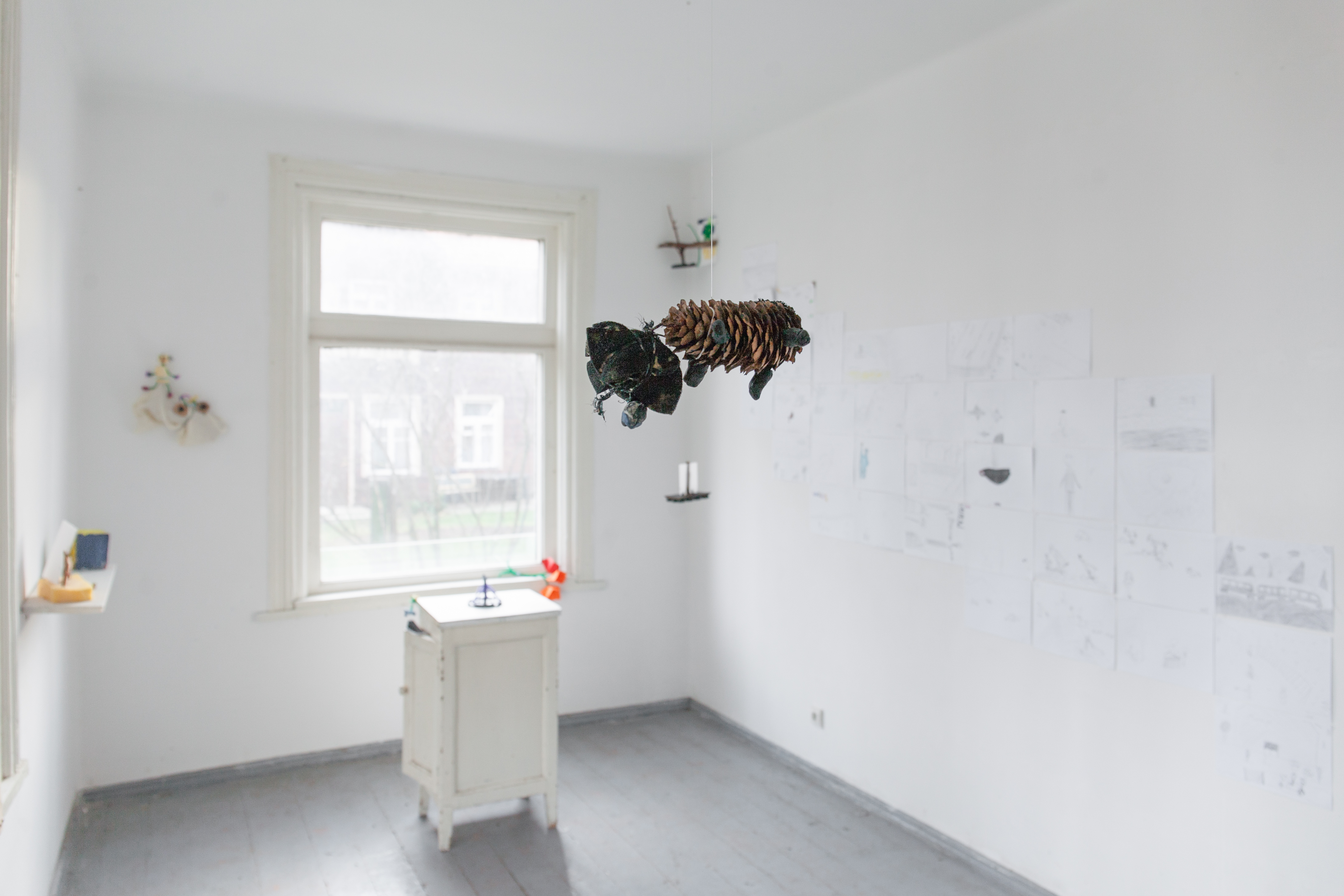 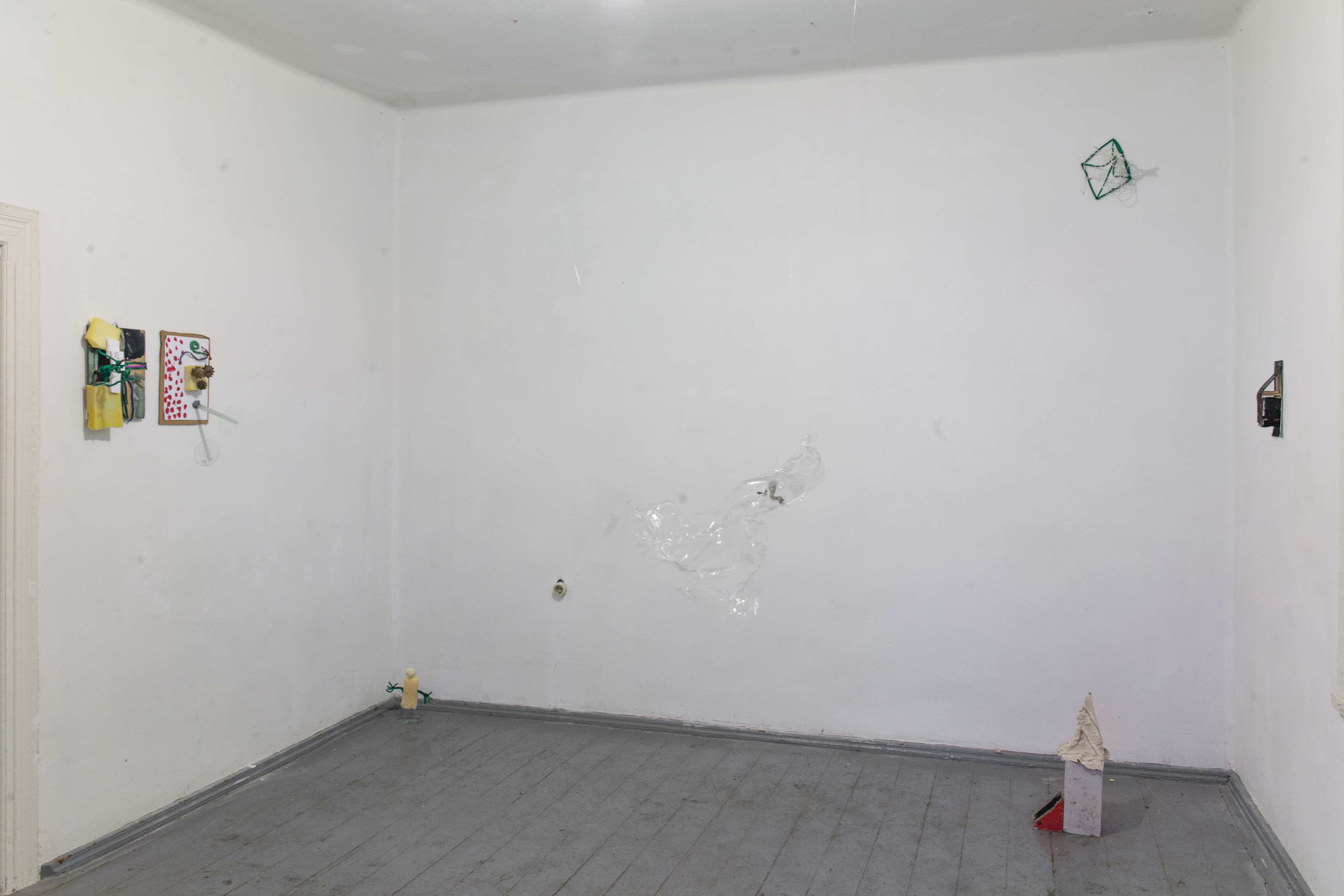 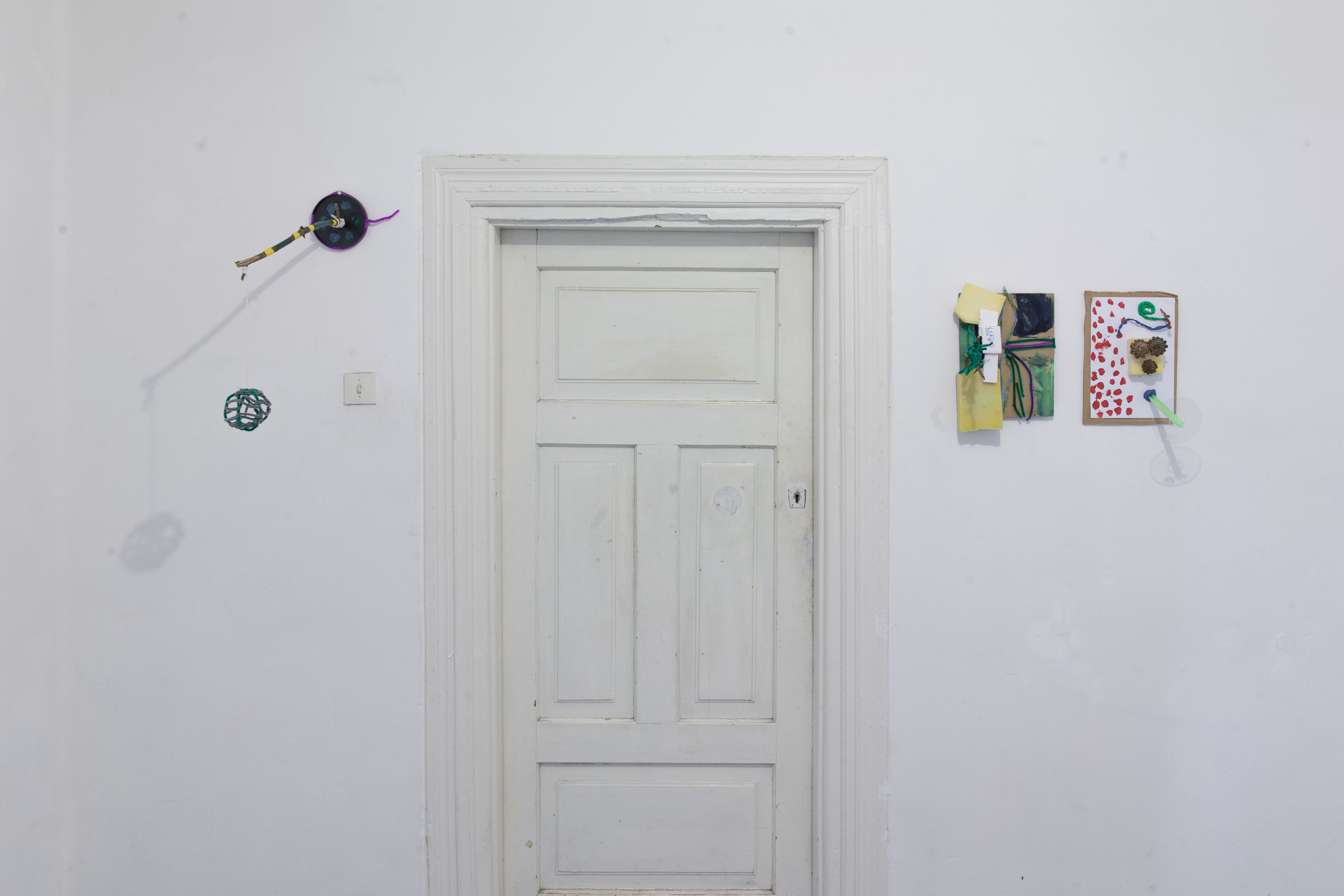 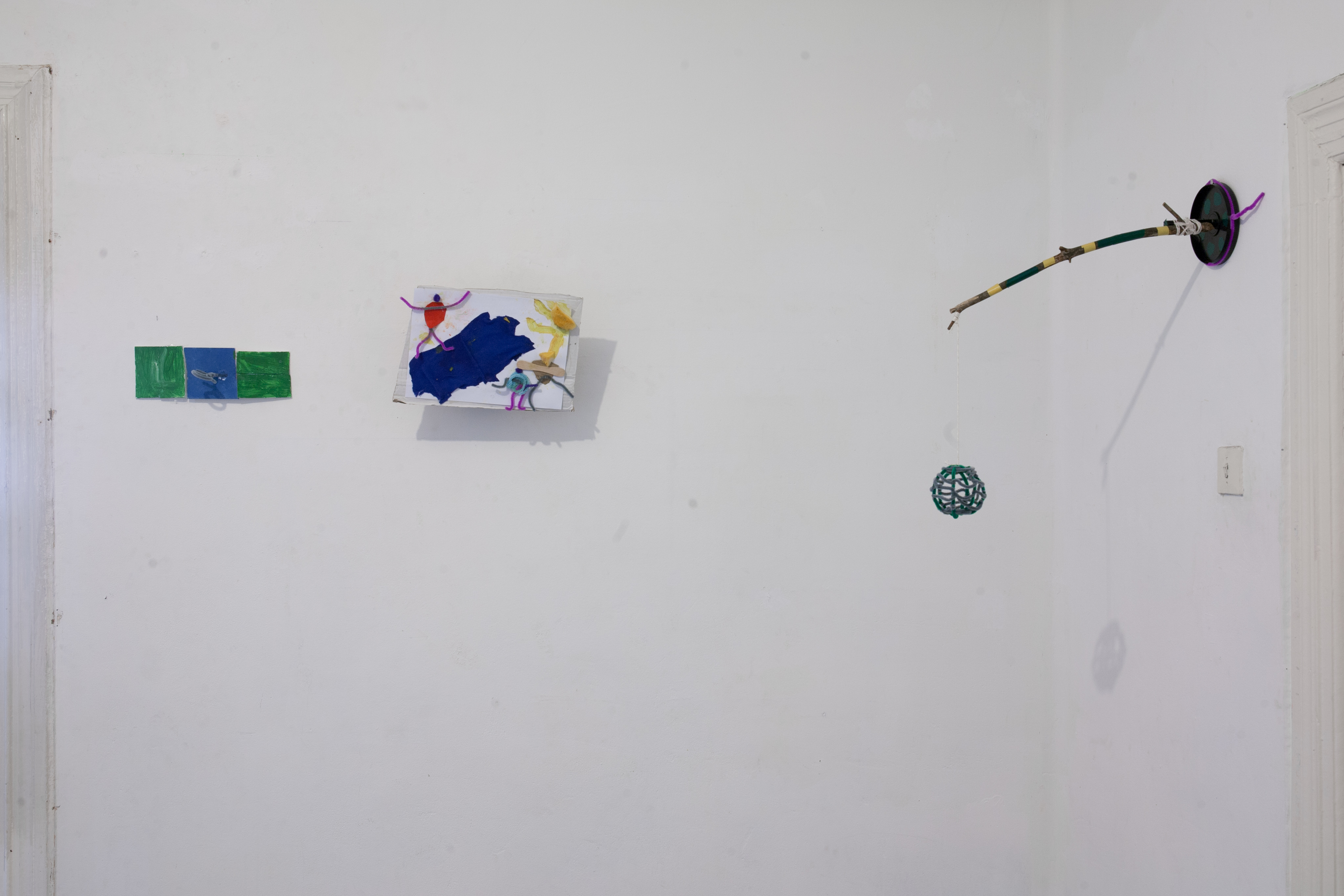 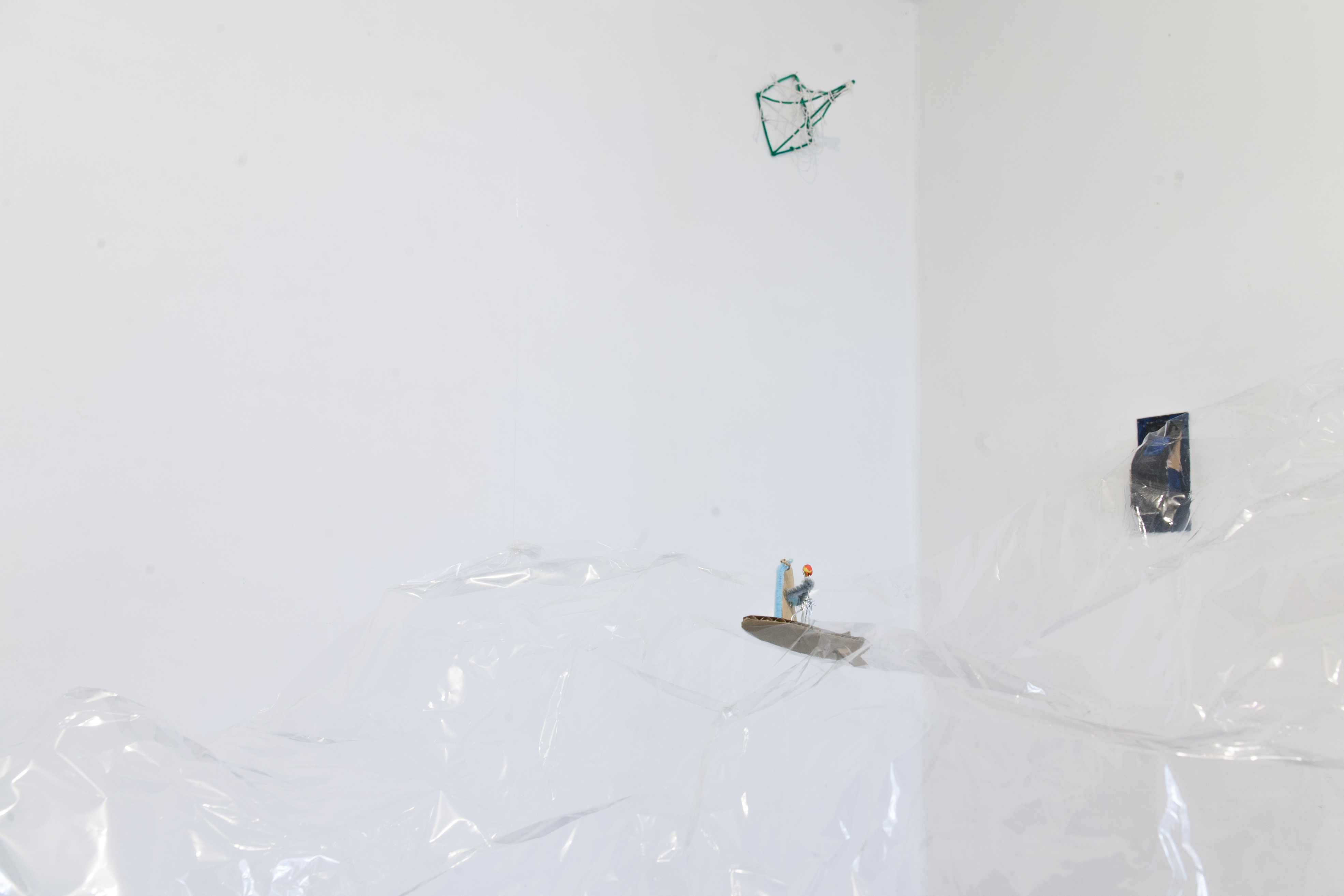 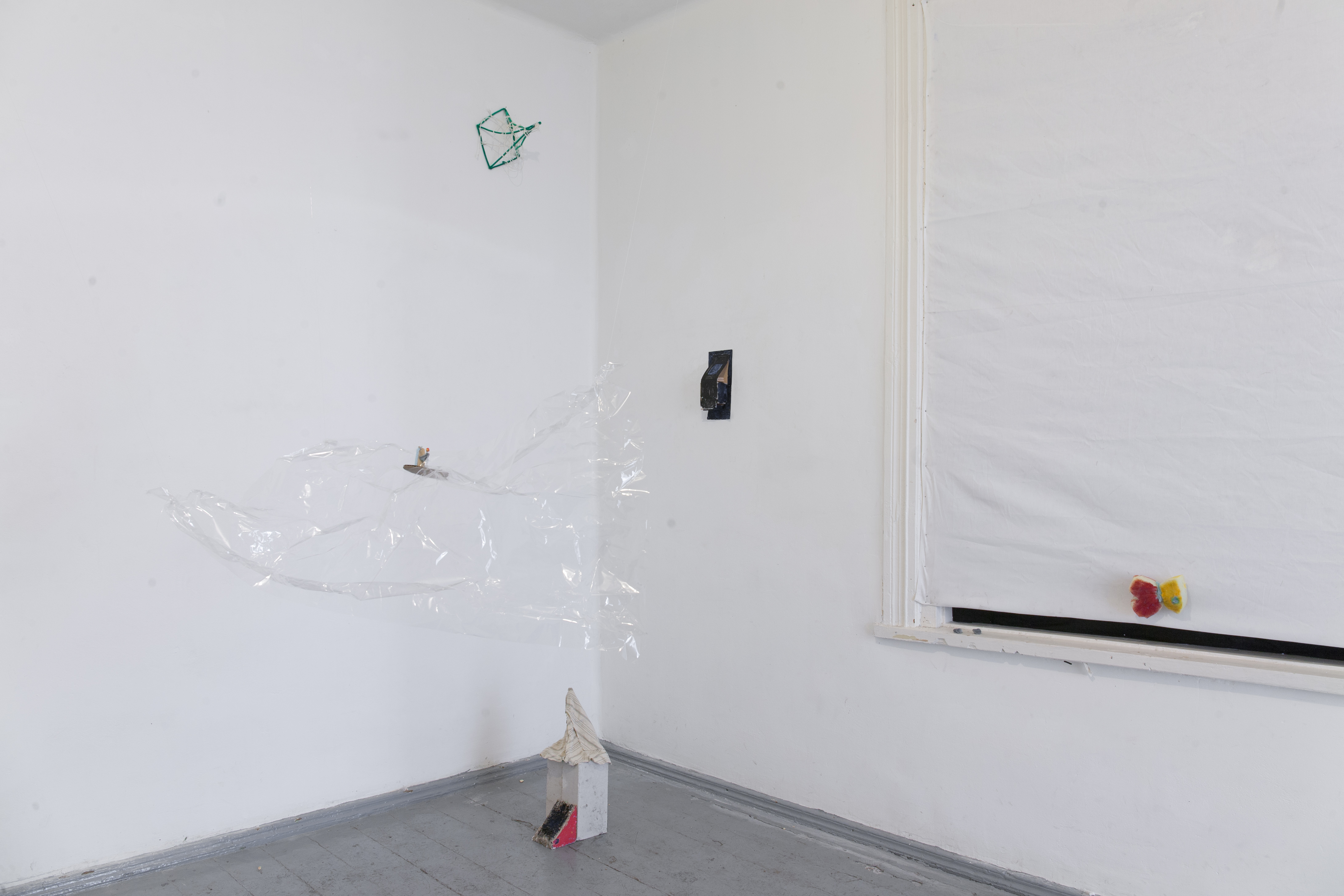 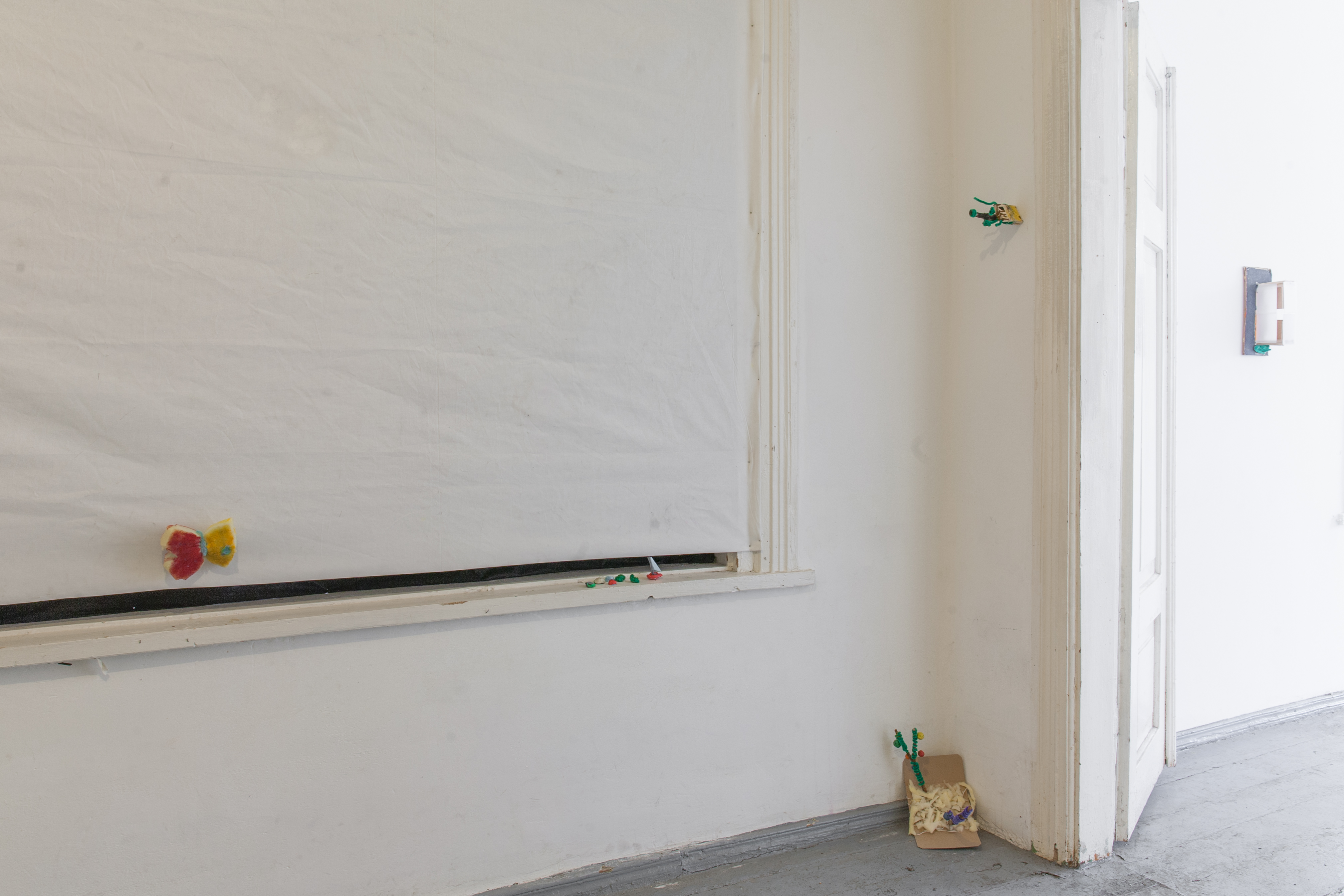 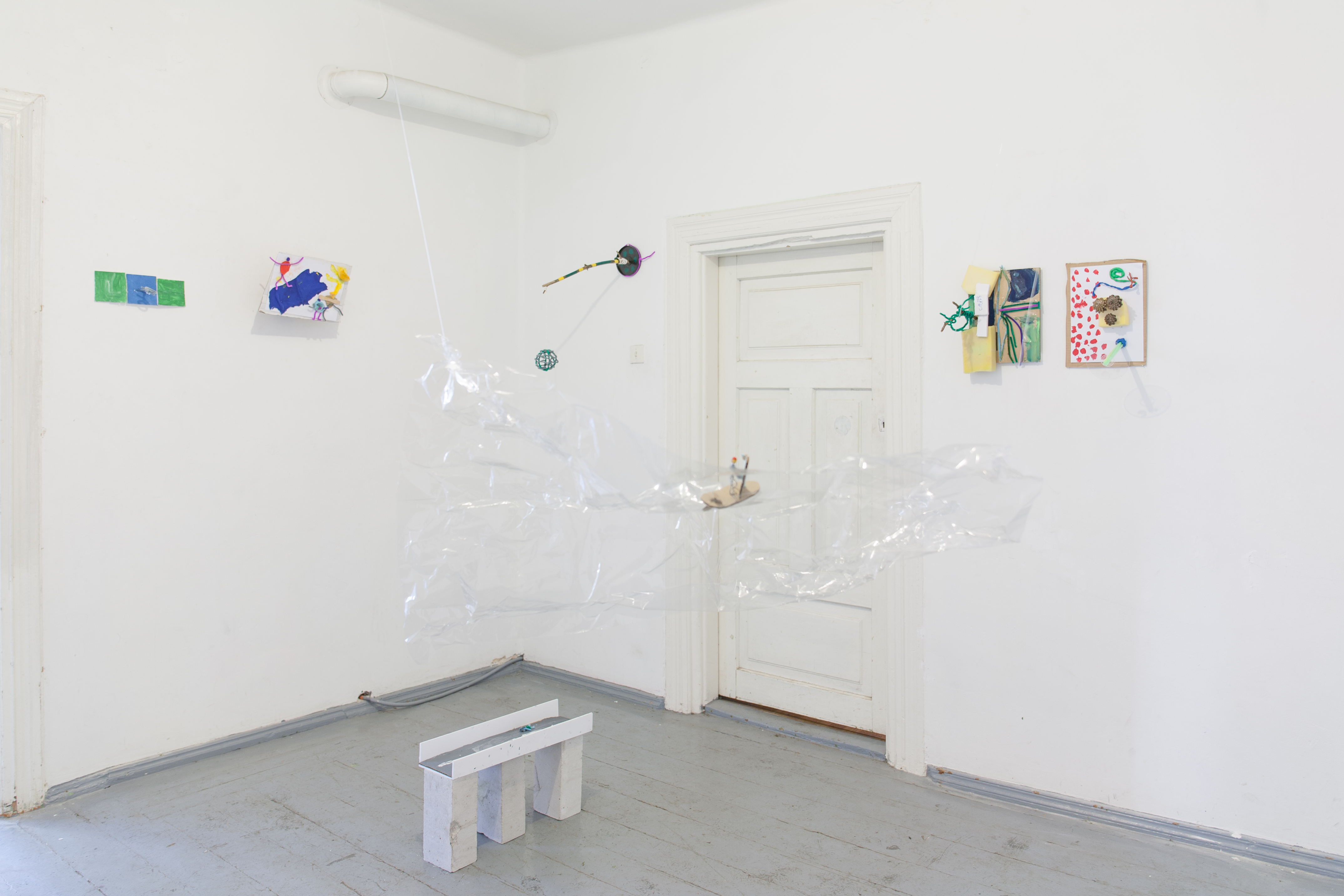